According to The Global Entrepreneurship Monitor, Africa now has the highest growth in businesses started and run by women. In many fields, women entrepreneurs are leading the way.

At The Workspace, we love seeing this in practice. The women entrepreneurs among our members do everything. They offer tax advice to manufacture personal protective gear, build business software systems, run catering businesses, manage important NGOs and much, much more.

We’re also proud to have capable businesswoman, Colleen Mansour, as our CEO.

Towards the end of the ten years that the African Union has declared as African Women’s Decade, and in time for Women’s Day, we profile some of South Africa’s top women entrepreneurs. 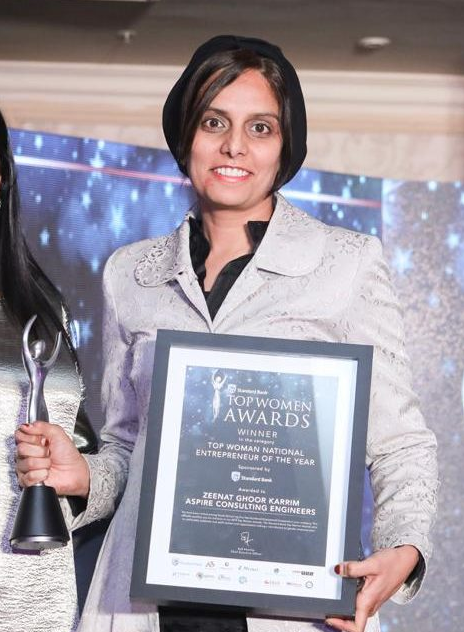 After studying civil engineering at UCT, Zeenat Ghoor gained experience across the spectrum of civil and structural engineering projects.

Undaunted by the challenges of operating in a traditionally male-dominated industry, Ghoor started her own construction and consulting engineering practice.

Working primarily with skilled disadvantaged artisans, she began by doing new builds and renovations for home owners. Today, the company attracts projects worth hundreds of millions. 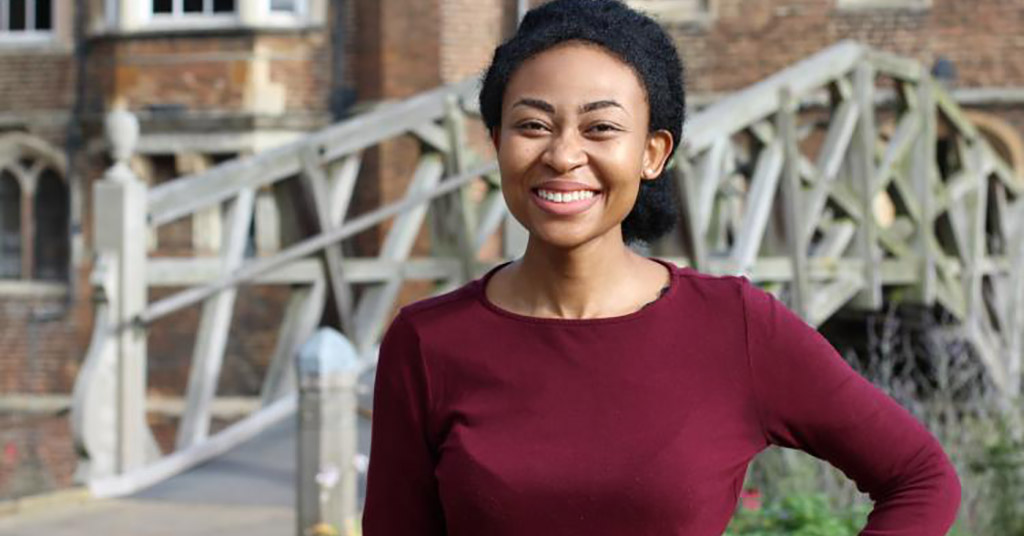 Not yet 30 years old, Dineo Lioma has already co-founded three innovative companies in the biotechnology sphere.

In cooperation with IBM, Deep Medical Therapeutics is working on artificial intelligence (AI) systems for helping doctors determine the best therapies for drug-resistant diseases, like TB.

Incitech is developing a device for faster diagnosis of HIV. 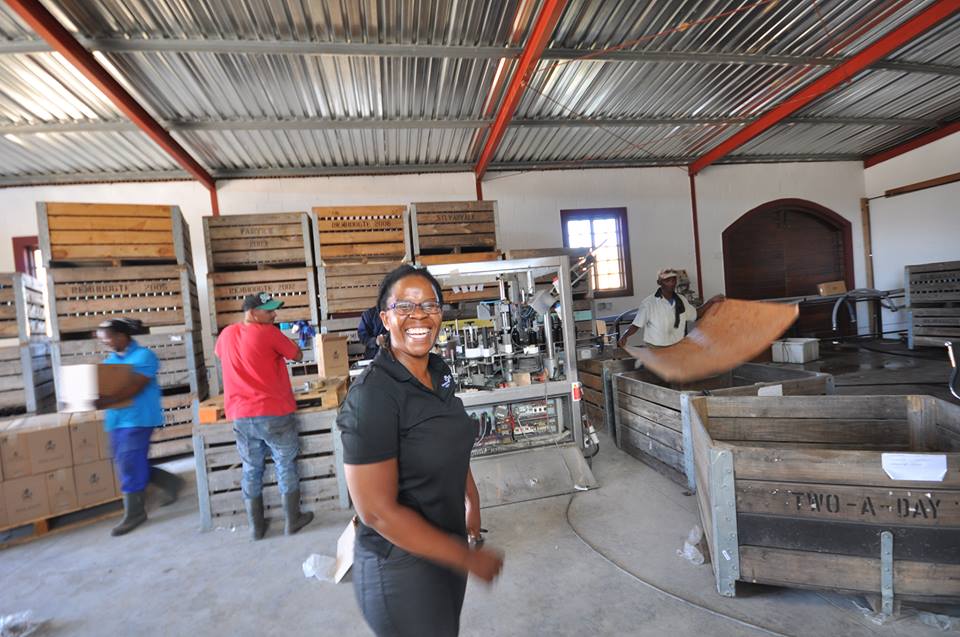 Ntsiki Biyela grew up in a rural KwaZulu-Natal village – and after matriculating, she worked for a year as a domestic worker.

Then, in 1999, she was awarded a scholarship to study winemaking. She went on to become South Africa’s first black, female winemaker. 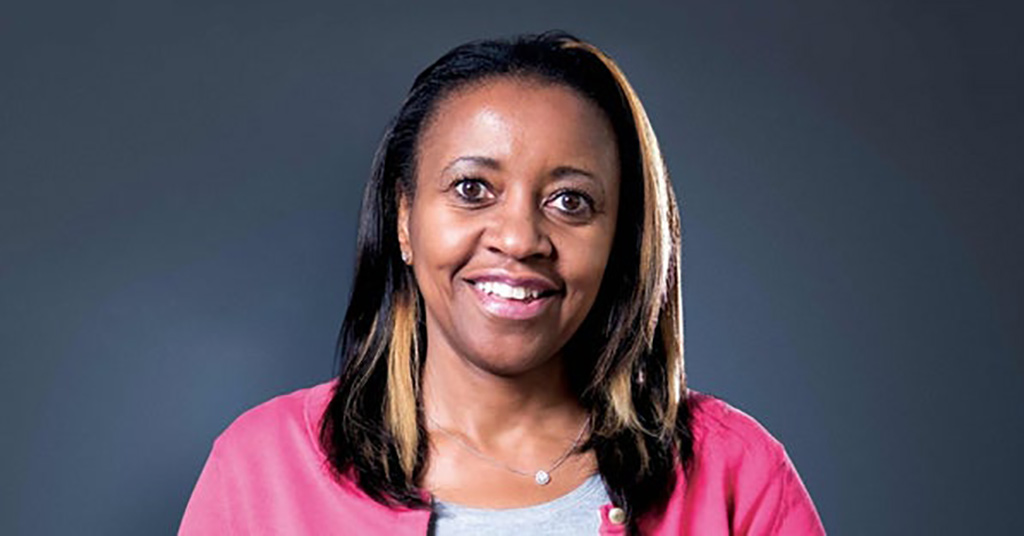 She took the leap to grow her company by buying another agency, Chillibush Communications, with a solid client base.

She has succeeded in growing her business’s turnover from R18 million to R80 million per year. 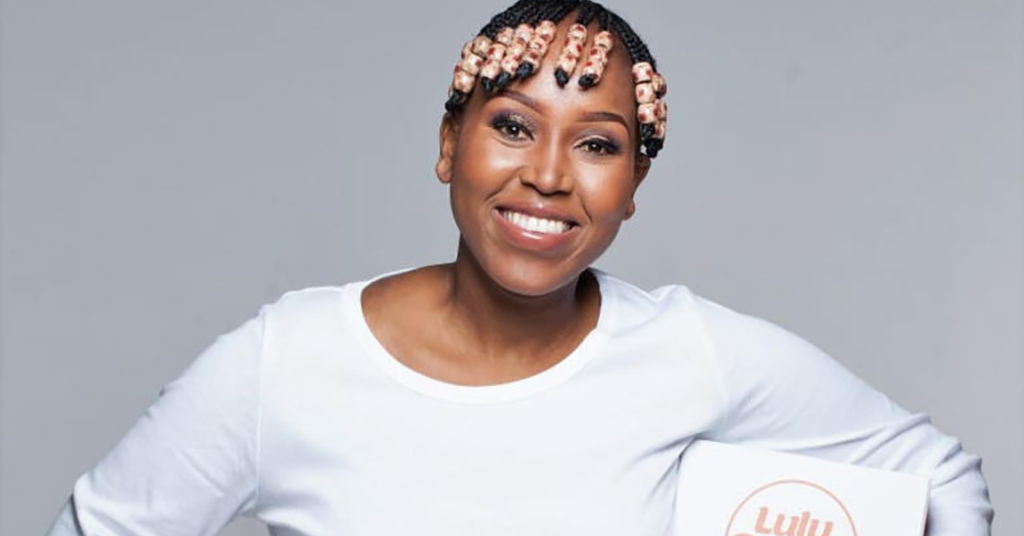 Nneile Nkholise established the iMED Tech Group in 2015, while completing a degree in mechanical engineering. The Group’s aim is to provide innovative medical solutions to improve healthcare delivery in Africa.

Nkholise uses her experience in 3D printing applications in the medical field to develop custom products. 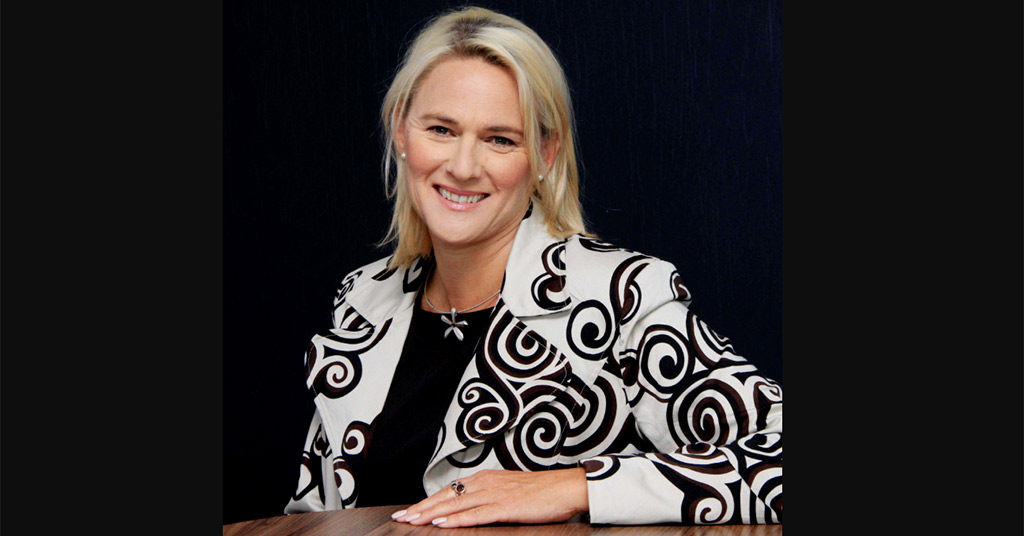 In 1996, Jeanne Groenewald started raising free-range chickens for her family and friends. 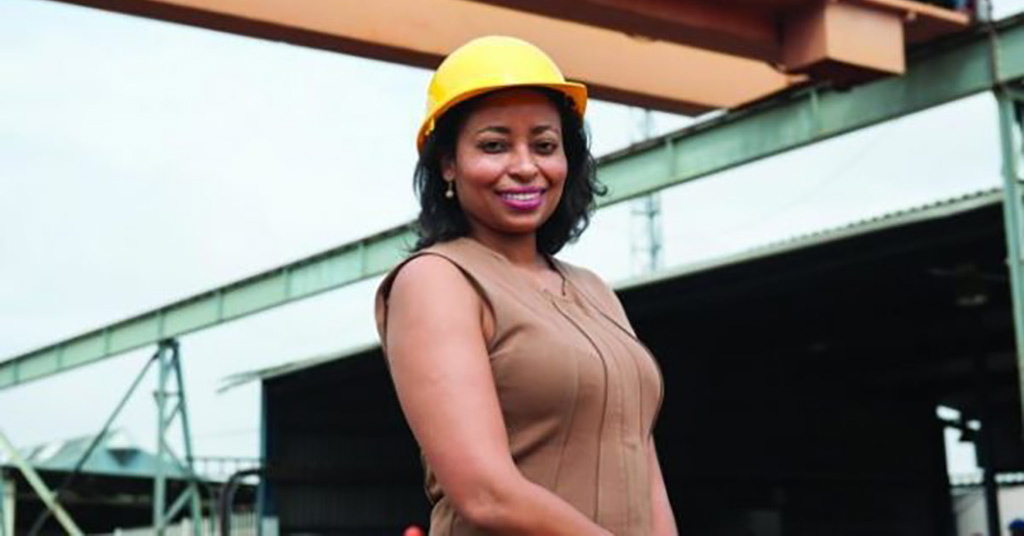 Her leap paid off and she is now trading in raw, manufactured and fabricated steel for several major construction projects. These include projects involving energy, dams, bridges, buildings and roads. 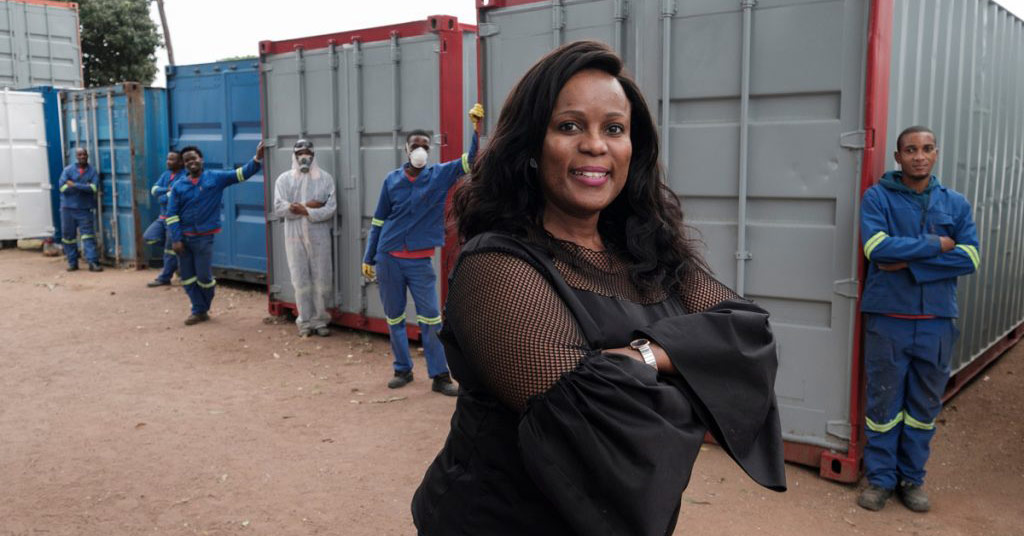 She took the leap and established her own company after visiting China. There, she saw what can be done with containers.

be innovative to meet customers’ needs. 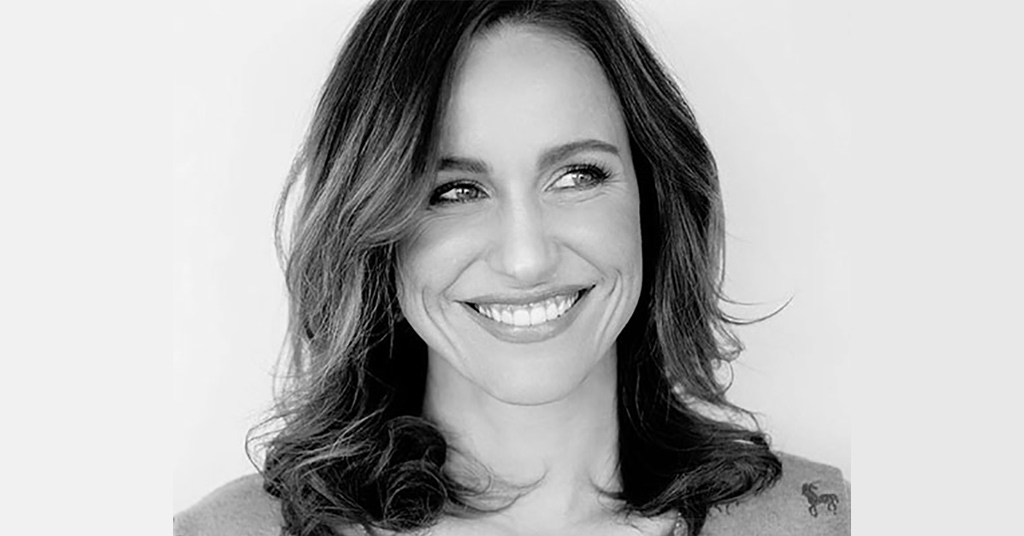 Arlene Mulder resigned from her job as an investment banker to start WeThinkCode_, which focuses on developing top talent in technology. She also co-founded Toybox, a platform for helping people with great ideas bring those ideas to life.

Mulder is currently a global ambassador for the organisation, She Loves Tech.

Lessons she has learned: 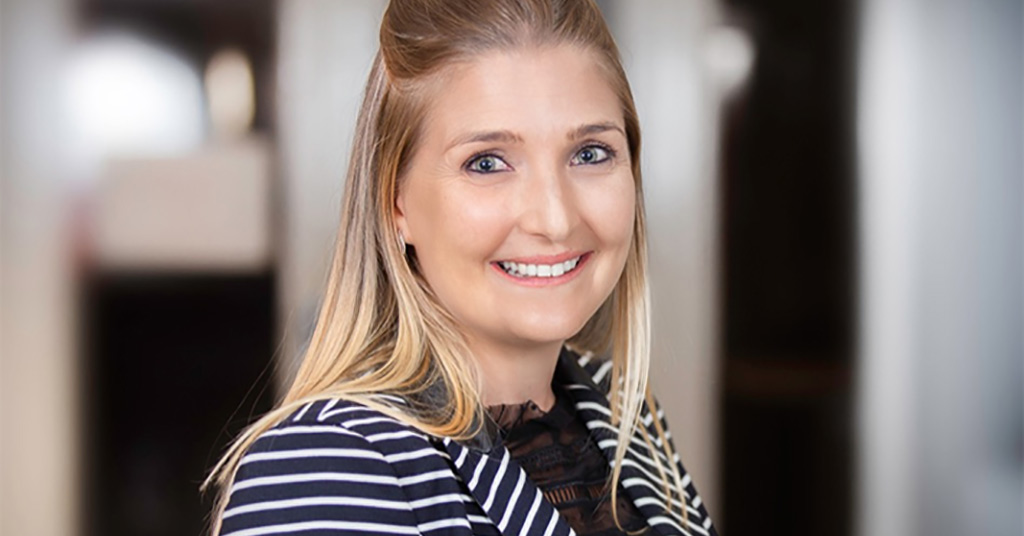 She took the leap after working for the industry regulator, forming her own business and working with companies in mining and protection services. 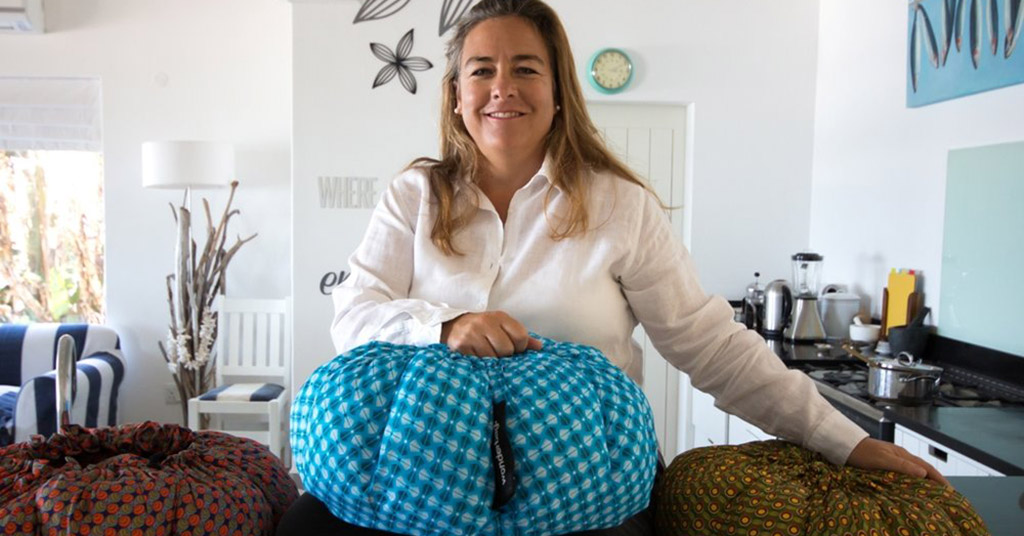 One of South Africa’s favourite women entrepreneurs, Sarah Collins started the Wonderbag brand during a bout of load shedding.

The Wonderbag is a powerless, heat-retention cooker. Using insulation, it allows food that has been brought to the boil to continue cooking for up to 12 hours, without using additional energy.

She has learned that: 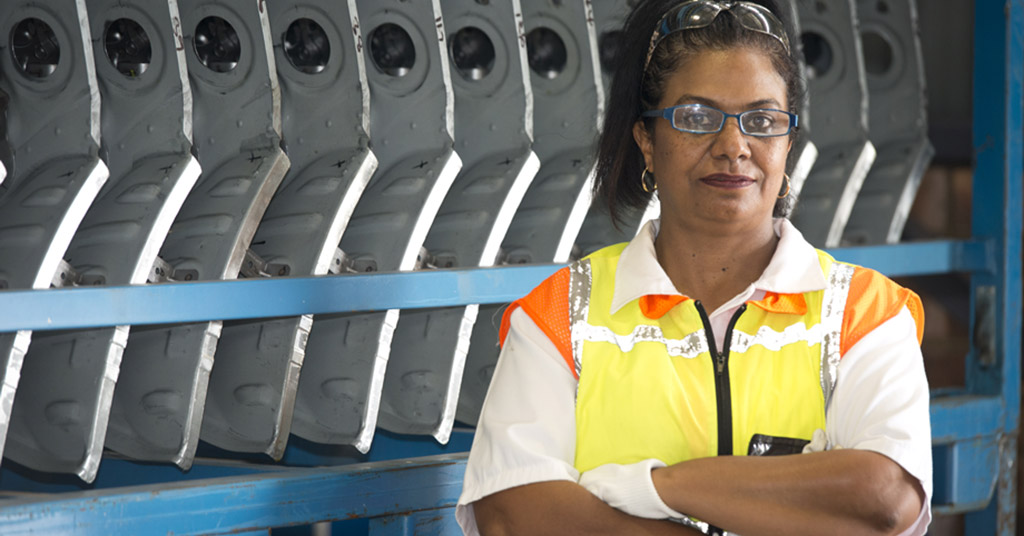 Hayley Eagle took the leap and formed Jamsco in 2012. This was when she was selected to join the Automotive Industry Development Centre’s (AIDC) Incubation Programme, partnering with an international first-tier supplier.

Jamsco provides labour, supervisory, management, safety and quality control services to Sodecia, for the production of welded assemblies. These are then supplied directly to the Ford production line.

As a female businessperson, Eagle has learned to:

What we offer entrepreneurs at The Workspace

We offer affordable, fully serviced offices and coworking, and all our members have access to meeting rooms, boardrooms and a range of business services. Many of our branches also host regular networking events, ideal for entrepreneurs looking to grow their businesses.

Happy Women’s Day to all our women entrepreneurs, at The Workspace and across South Africa!

How to Comply with POPI (Mandatory from July 2021)

Getting Started with Competitor Analysis: Steps and Links to Free Templates

Successful Marketing Workshop for Members of The Workspace

This website uses cookies to improve your experience while you navigate through the website. Out of these cookies, the cookies that are categorized as necessary are stored on your browser as they are essential for the working of basic functionalities of the website. We also use third-party cookies that help us analyze and understand how you use this website. These cookies will be stored in your browser only with your consent. You also have the option to opt-out of these cookies. But opting out of some of these cookies may have an effect on your browsing experience.
Necessary Always Enabled
Necessary cookies are absolutely essential for the website to function properly. This category only includes cookies that ensures basic functionalities and security features of the website. These cookies do not store any personal information.
Non-necessary
Any cookies that may not be particularly necessary for the website to function and is used specifically to collect user personal data via analytics, ads, other embedded contents are termed as non-necessary cookies. It is mandatory to procure user consent prior to running these cookies on your website.
SAVE & ACCEPT